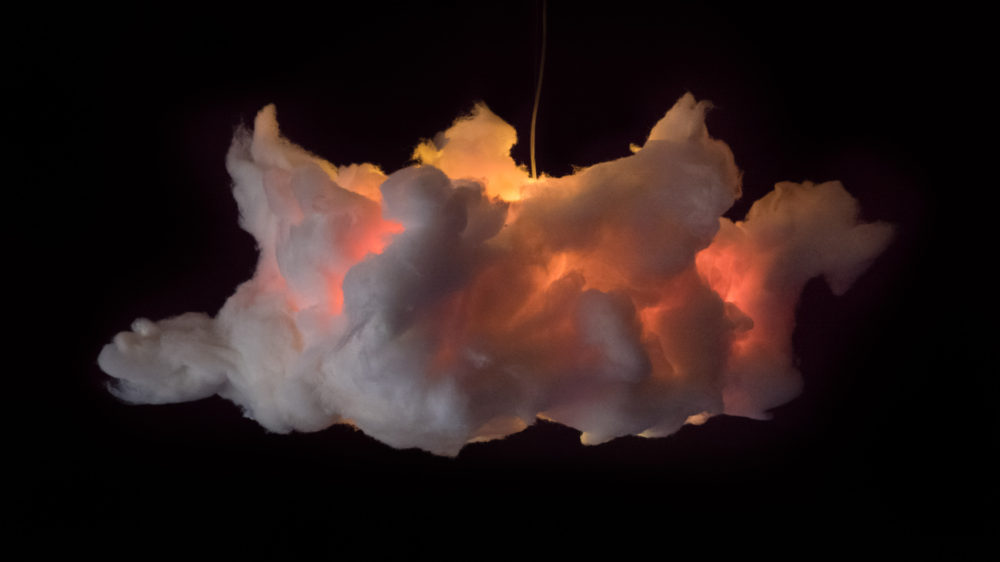 Just like many other ideas and works of art, ‘le Nuage’ started as a stroke of luck. During the creation of a completely different object which involves copper, a piece of white insulation material fell on the object. The light shone through the red copper and hit the insulation. It was a remarkable sight to see. Wout thought it was reminiscent of the setting sun. He reworked the light and shaped the cloud on the spot; ‘le Nuage’ was born. It would hang in the workshop for a few months before this prototype got reproduced on a bigger scale. 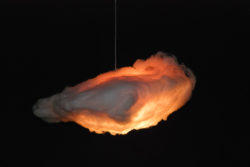 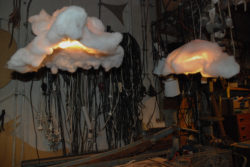 One of the first experiments. 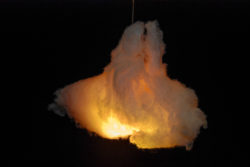 After making several cloud­lights for different individuals, ‘The Dutch Design Hotel’ in Amsterdam got wind of ‘le Nuage’. They hosted an exhibition which involved several light­ objects from sizes between two and three meters (8.2 ft.) long, in the main hall. This was the first of a series of big projects, where ‘le Nuage’ was used for. 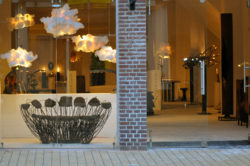 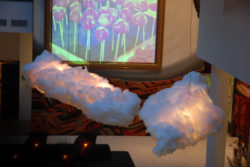 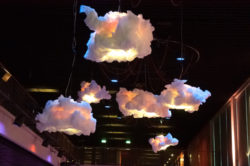 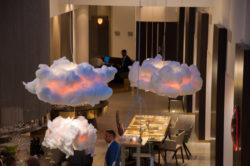 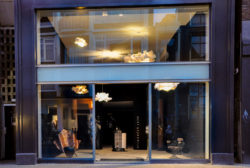 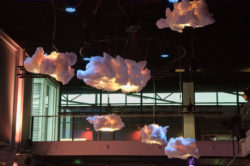 Because of this breakthrough on a national level,  the pendant was on the radar of a variety of design agencies, architects and blogs around the world. The recognition for the cloud­light created the opportunity to promote ‘le Nuage’ overseas. One of the most noteworthy assignments recieved so far, is a light­object created to hang on the top floor of the ‘23 Marina’ in Dubai. The owner of the near­-400-­meter-­high skyscraper, who resides on the top floors of the building, wanted a light­object that would match the stature of the prominent building. Wout was approached to provide a version of ‘le Nuage’ that would enrich the space.
It’s the biggest cloud­light made thus far and has a staggering length of six and a half meters (21ft.) long. Wout was asked to come to Dubai to assemble the object on location. 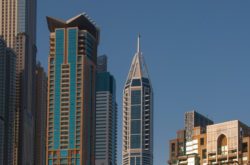 The building in the centre is the ’23 Marina’ 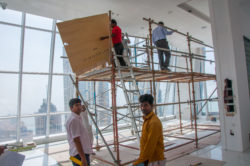 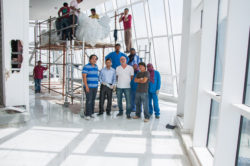 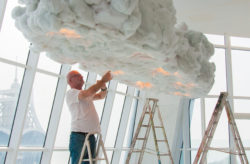 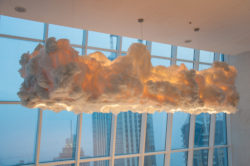 Coincidentally, just roughly twenty kilometers farther down the coastline, preparations for a different project started. The ‘Emirates Financial Towers’ are connected via a massive glass skybridge, which contains, among other things, a restaurant. This was the location for an earlier acquired assignment. Eight versions of ‘le Nuage’, roughly three meters (9.8 ft.) long each, are hanging in what may be one of the most appropriate places for a cloud­light to be hanging. 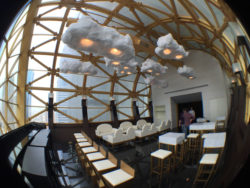 Just after being installed. 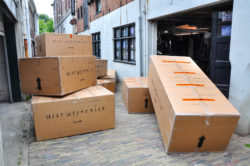 Ready for transport to Dubai.

The projects in Dubai (among many others) helped the cloud­light to leave its mark on the international map. Publications in countless small and renowned blogs, several art books and newspapers like ‘The New York Times’ followed in the upcoming years. ‘Le Nuage’ has been around for thirteen years and is still in progress. Wout is working on new adaptations of the design. He continually asks himself questions about materials, sustainability and functionality. At the moment he is exploring the option of using sheep wool. He is embarking on a new and exciting journey with new challenges and possible directions, however we are not even close to the end of the incredible journey that is called ‘le Nuage’. 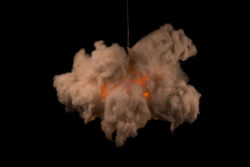 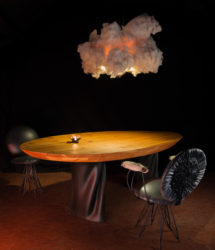 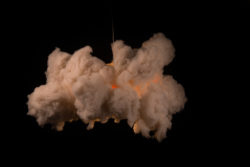 Other angle of the cloud-light

This website uses cookies to improve your experience while you navigate through the website. Out of these, the cookies that are categorized as necessary are stored on your browser as they are essential for the working of basic functionalities of the website. We also use third-party cookies that help us analyze and understand how you use this website. These cookies will be stored in your browser only with your consent. You also have the option to opt-out of these cookies. But opting out of some of these cookies may affect your browsing experience.
Necessary Always Enabled
Necessary cookies are absolutely essential for the website to function properly. This category only includes cookies that ensures basic functionalities and security features of the website. These cookies do not store any personal information.
Non-necessary
Any cookies that may not be particularly necessary for the website to function and is used specifically to collect user personal data via analytics, ads, other embedded contents are termed as non-necessary cookies. It is mandatory to procure user consent prior to running these cookies on your website.
SAVE & ACCEPT
Request product